From Klaipeda to Gdynia with AsstrA

Recently, specialists from AsstrA’s Baltic branch strengthened their partnership with Swedish pontoon and tugboat owner Marine Crane AB. They assisted with the transport of several hundred tons of superstructures from the shipyard in Klaipeda to the shipyard in Gdynia.

Due to the high dimensions, the transport was performed with the use of a Carrier 10 pontoon, which has deadweight of 10,000 tons and deck space of 90 x 30 meters. 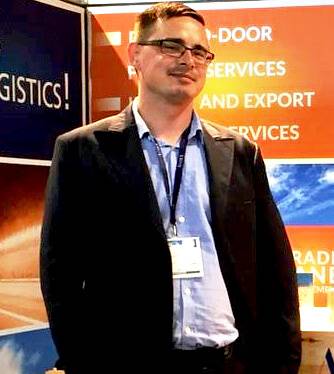 "In order to ensure the stability of cargo on board and its safety during sea transport, in Klaipeda the pontoon was ballasted with 5,000 tons of water. By ballasting the pontoon, its deck could  be easily raised and lowered as needed to suit the level of a quay, where the cargo was loaded with SPMT platforms. After loading, it took several days to lash and weld the cargo to the pontoon. It was necessary to prepare appropriate structures on which the superstructures could be finally placed," explains Janusz Buliński, Head of Sea Freight at AsstrA in Gdańsk.

The pontoon laden with oversized cargo was towed from Klaipeda to Gdynia with a Mentor tug vessel, featuring impressive 52 tons of bollard pull. Towing equipment with such a high bollard pull is a rarity in the Baltic region. In the shipyard in Gdynia, the cargo was discharged with a gantry crane with a 1,000-ton lifting capacity directly onto a floating dock.

This shipment is just one example of the type of projects AsstrA is able to execute for its partners. Specialists from the corporate group are constantly improving their competences and stand ready to carry out further orders in cooperation with their Swedish partner.