The game of basketball is enjoyed by over 25 million people in 180 countries. The USA, Spain, Australia and Canada are the top countries in the 2020 National Basketball Team Rankings. Basketball players have excellent endurance: in one game they cover a several kilometers while making frequent jumps. They constantly train to act precisely, respond quickly, and analyze the situation they are presented with. That means they have a lot in common with AsstrA logistics professionals!

Anton Sejchasov, Head of the Air Transportation Department, played for the national team in his hometown of Baku before becoming the star of the Azerbaijan National Aviation Academy team. In his free time, he shoots hoops with pleasure, as getting off the ground is natural for a basketball player. 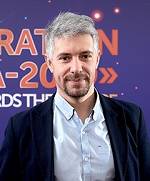 “During my school years I followed the performance of the Chicago Bulls, especially Michael Jordan, the basketball idol of that time. In the 6th grade, I came to the court with a dream to be like this basketball legend in the number 23 jersey whose improvisation and fantastic performance I admired so greatly. 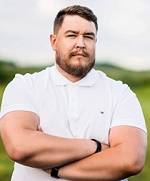 The head of the Groupage Cargo Department, Justas Cibulskas, began playing basketball at the age of 12 and has been in amateur sports for 20 years. “For the last 4 years I have been playing for the Žalgiris 1410 team of the Vilnius League with  Andrius Šimanskas and Justinas Švedasmy, my colleagues from the AsstrA Groupage Cargo Department. As a loyal fan of “Kauno Žalgiris” I never miss a single international game of this team. Every year I root for the Lithuanian basketball team, which regularly wins awards and is among the world’s top 10 teams,” Justas Cibulskas.

Andrius Šimanskas, Forwarding Agent in the Consolidated Cargo Department is a fan of Lithuanian national sports teams and the “Kauno Žalgiris” basketball club in particular. He explains his interest in sports with ease. 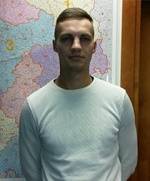 “I am Lithuanian, and basketball is a national treasure here. Therefore I have been keen on this sport from early childhood. For 4 years now I have been playing for the Žalgiris 1410 team with my colleagues from AsstrA. Prior to that, for 10 years I played for the national teams of schools, universities, as well as in amateur basketball clubs, says Andrius Šimanskas. “The experience I have accumulated over the years has developed character and strength. I have learned not to give up after failures but rather to come back stronger and conquer the peaks.”

Nikolaj Krokun, Head of the AsstrA Automotive Logistics department, was fond of basketball from an early age. His father gave him his first ball and taught him how to play on the asphalt near the house. He kept playing at high school and at university, where he eventually was on the faculty as well as the team. This university team participated in the country's amateur basketball league. 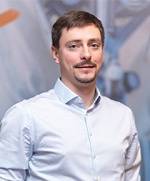 “Now I devote my free time to my family, and in the summer I plan to go to the playground with my eldest son to introduce him to sports. I'm not a fan of a particular club, but I enjoy following NBA teams on winning streaks. Basketball develops endurance, strength of character, and the will to win. It also helps at work: if you encounter difficulties, then, like in basketball, you instantly think of a way around the obstacle and how you can take your next shot,” Nikolai Krokun comments.