In April and May of this year, AsstrA specialists arranged shipment of two pieces of crude oil and processing equipment from Greece to a Hungarian refinery. Due to road infrastructure limitations and the equipment’s size, a multimodal transport scheme was used to execute this project, which was run jointly by teams in AsstrA’s offices in Poznań, Poland, and Budapest, Hungary. 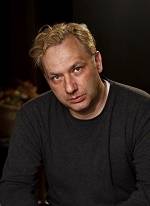 “Oversized cargo shipments are always organized on an individual, case-by-case basis. In this project, the equipment’s length of 25 meters and width of 4.5 meters did not present a particular challenge. Its weight of almost 90 tons and height of 5.70 meters, however, meant that special vehicles were necessary to transport it from the loading site in Echedoros to the nearest port in Thessaloniki,” emphasizes Przemysław Boroński, Head of the AsstrA Heavy Lift department.

Thanks to favorable weather conditions and the efficient efforts of all supply chain participants, the reloading in the port was carried out in a record time of under 3 hours. After completing port operations, the ship continued its journey across the Dardanelles and the Bosphorus and reached the Romanian port of Constanta within 6 days. There it was met by a team of AsstrA specialists who oversaw the equipment’s loading onto a special barge with a crane.

“The trip upstream was not easy. The weight of the loads made it difficult to maneuver the vessel. Instead of the large inland barges typically used on the Danube, we specifically chose to use a special type of barge to ensure that we could stick to the strict delivery schedule. With a larger barge we would have risked delays, as all the inland carriers insisted would not agree to treat the equipment as anything other than “partial cargo.” The alternative solution we chose guaranteed timely execution,” adds Przemysław Boroński.

After receiving a series of permissions and undergoing multiple COVID checks, the cargo arrived on time at the port of  Százhalombatta. In accordance with the previously agreed schedule, AsstrA specialists immediately began preparing for unloading with the recipient. 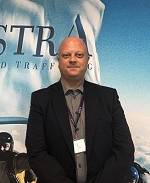 “The deadline was quite a challenge for us. The refinery had to partially suspend some production processes in order to receive the equipment, and any delays would have generated enormous costs. That meant we could not afford the slightest error in implementation. But thanks to excellent coordination and preparation, we were successful,” adds Botond Kovacs-Mate, AsstrA Hungary Branch & Country Manager.