Those who have seen the film "Trainee" with Robert De Niro and Anne Hathaway may remember the scene where the main character records a video interview for a competition for an internship in a company. Such video resumes are gaining momentum, and already Russia's most popular job website, HeadHunter, has introduced a feature supporting them. The number of platforms for creating such presentations in Russian and English is increasing exponentially. 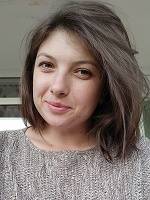 “Of course, classic interviews and cover letters are not losing value. The CV reflects hard skills and work experience in chronological order, while the cover letter indicates motivation to get the job. A video message demonstrates soft skills and shows the job seeker’s 'human' side. It helps an employer get to know a candidate better and get a feel for how much he or she shares the company's values and mission,” says Victoria Ponomareva, HR Manager at AsstrA-Associated Traffic AG.

A video CV doesn't automatically mean an instant job offer from an employer. However, it is likely to make a candidate stand out from the crowd and increase his or her chances of being invited for a face-to-face meeting.

“A video CV will be most useful for first-time assistants and trainees. Because these applicants do not usually have a great deal of relevant work experience, it is a good idea for them to use the video to mention things not covered in their written CVs. For example, additional education, hobbies, interests, and personal achievements. Individual qualities that will help at work, educational successes, or stories of personal victories,” adds Victoria Ponomareva.

AsstrA has begun to incorporate this innovative CV video approach into its hiring processes for office managers and secretaries. This way, both candidates and recruiters save time. A video CV typically lasts 10-15 minutes, which is enough time to decide whether to invite the candidate for another discussion.

“Video CVs are convenient time savers for job seekers and their recruiters, e.g. executives and branch managers. A candidate makes a video according to their schedule, and team leaders can review it independently in their own time, exchange their thoughts, and decide who would make a good fit. Often, a video CV is enough to create some 'chemistry' between the future employee and the company,” says Tatiana Goncharenko, AsstrA Moscow Branch Manager.

According to Olga Kostanenko, Service Centre Director, close attention should be paid to the benefits of a video CV for potential employees. 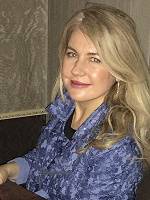 “Firstly, there is no need to be personally present in the office at the initial stages of the selection process, which sometimes involves 2-3 rounds of interviews. In addition, the candidate chooses a suitable place and time for the recording so that they can comfortably talk about themselves in detail. Finally, young people love companies that keep up with the times and are in tune with the digital age. AsstrA is interested in ambitious employees who are open to innovation and willing to incorporate new ideas into their workflows,” adds Olga Kostanenko.