Unmanned Delivery is the Future, but It Isn’t Here Yet

UN experts estimate that the G20 countries produced 43 gigatons of CO2 emissions in 2019. This amount is 78% of all the carbon dioxide released into the atmosphere during the year. The environmental problem is of concern not only to green political parties, but also to privately held businesses. France, England, the Netherlands, Germany, China and other countries are making significant efforts to find alternatives to cars powered by gasoline and diesel.

A progressive trend has raised concern for ecology and the planet’s future, with road transport logistics becoming a priority for "greening." Thanks to the introduction of innovative technologies, equipment, and services, the first tangible results have appeared with decreases in fuel consumption, lower exhaust gas emissions, and less traffic congestion on the roads.

Self-driving electric trucks are vehicles with zero emissions. This type of truck reduces transport costs by up to 60% and CO2 emissions by up to 30,000 tonnes compared to diesel-powered trucks. This is the reason why conventional trucks are becoming less popular in many developing countries. Autonomous self-driving trucks equipped with modular systems will be a profitable, environmentally friendly, and secure transportation choice for most companies.

Self-driving vehicles also open up economic opportunities by optimizing recruitment. Such a vehicle does not need to be driven personally; a remote operator can handle all necessary functions. Self-driving trucks are equipped with cameras, radar, and integrated lighting which gives 360-degree visibility without blind spots.

The lengths of today’s electric trucks range from 7 to 18 meters, which is enough for loading 15 standard size pallets with a weight not exceeding 20 tons. Such trucks are equipped with a set of batteries with a total capacity of 200 kWh. With a full charge, such unmanned vehicles can travel 200 kilometers with certainty. The electric-powered engine uses far less resources than that of a diesel truck. Because the trucks are charged from free electric stations, operating such vehicles will help companies reduce their fuel costs.

According to a study by the Center for Transport Strategies, the use of unmanned electric trucks will cut transport and logistics companies’ costs in half and make regular round-the-clock trips without stopping. 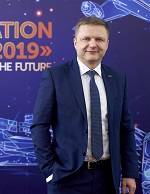 “Today, a truck is used for 30-40% of its driver's total working time. Around the world, automation is rapidly gaining popularity and in the long term unmanned vehicles are the future. The advantages of automation lie in more efficient processes, higher delivery quality, and better driver safety. Disadvantages, however, include increased cost and system complexity that is vulnerable to electronic or technological failures,” says Oleg Grebenko, AsstrA Deputy COO for Specialized Transport. “Over the next several decades, robots will not be a competitive threat to drivers. Today we are still talking about experimental projects. Before unmanned vehicles hit the mass market, cars, road infrastructure, and legislation will all need to be modernized. The first key logistics role robots will play will be internal, within companies’ business processes. Only after that use case is proven will such solutions be widely adopted across the global transport sector.”