Team values and discipline are achieved by properly “tuning” the team. In the grand scheme of things, athletic results are far less important than how they are achieved – with team spirit and a unified dedication to success. We continue to share sports stories from the AsstrA team, which is always primed to achieve ambitious goals.

Football is a team sport, just like work. A leader at AsstrA is like an athletic coach who works to bring out the strengths of each team member and improve his or her weaknesses. Eugen Monsch, Deputy Manager of AsstrA’s Magdeburg Branch, had no choice but to take up football when his close friends did. Today he is a fan of FC Magdeburg and FC Bayern München and still continues to play. 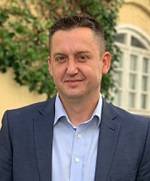 “I train twice a week, and as a team we participate in amateur tournaments on Sundays. Sport relieves stress and helps take my mind off everyday life. In addition, it is a powerful way to release energy and constantly maintain physical fitness,” says Eugen Monsch.

Christian Eckstein, Head of AsstrA’s Express Delivery Division, is a former local league football player. He regularly follows the games of his hometown club FC Magdeburg in the third division. 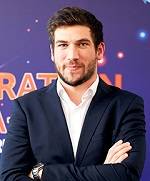 “The experience of being a team captain is reflected in work when you coordinate, distribute functions, and give support in order to fulfill the established plan together,” says Christian Eckstein.

The Head of the AsstrA Air Cargo Division, Anton Sejchasov, has a love of football instilled in him by his father. As a child he played in the yard, then at school and for the university team. He participated in matches for the expat national team in Kabul, Afghanistan. He has been a fan of the Russian Army’s Central Sports Club in Moscow for ten years, and he plans family weekends around the CSKA’s game calendar. 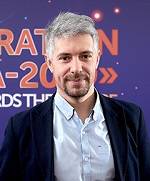 “I am convinced that the greatest pleasure of a match is not winning – it is the adrenaline you feel in the blood. First of all, football trains discipline. It teaches the power of persistence, the will to win, and dedication. This is a team game and giving an accurate pass to a teammate is sometimes much more pleasant than scoring yourself,” comments Anton Sejchasov.

Denis Konetskij, a Trade Lane Manager in the France division, began playing football in the yard. Then he continued at school on the class team, school team, and in competitions. Now he plays with colleagues and acquaintances every week. It is not only a habit but also a tradition of creating a "football environment." 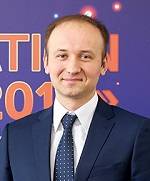 “Sports are not only about physical exercise. There is also an emotional release. In team play, it is important to define the position you hold and build your approach to the game from that perspective. Each match is a new experience and forces you to rethink yourself, your skills, and your approach. This is reflected in teamwork, where it is also important to find your place. And of course, the competition –  no one should underestimate this. Indeed, in work, as in football, there is a struggle for the main prize –  a new client,” shares Denis Konetskij.

Regional Manager for Spain Artur Antonin started playing in the courtyard of his hometown of Novopolotsk in Belarus. At the age of twelve he first came to Spain, where his host family gave him an FC Real Madrid flag for his birthday. From that moment on, he not only fell in love with the country but also began to root for this club. After returning to Belarus, he wanted to follow the club's successes, but the broadcasts of the Spanish championship were not shown on Belarusian channels. Therefore, he spent his pocket money buying Pressball newspapers, which posted match reviews on Mondays. With the advent of the internet, it became possible to read news on Spanish sports sites and watch live broadcasts. 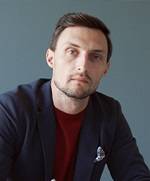 “The habit of reading sports news every day has remained to this day. 10 years ago I made my dream come true – I went to a match of my favorite team at Estadio Santiago Bernabeu in Madrid. This was an incredible experience. I still do not miss a single Real Madrid game and I believe they will win every match,” recalls Arthur Antonin. “While still working in Minsk, I met weekly with colleagues for football. After moving to Warsaw, I have kept the tradition, and have been playing with colleagues for ten years. His love for football was passed on to his son. Who knows, maybe he will follow the professional path and become a famous sportsman."