Poland has a strategic geographic location on the transport routes that connect the European Union to the CIS countries. The country has access to sea freight traffic via the Baltic Sea, world-class airports, good rail infrastructure, and of course express highways.

In Poland, the AsstrA international corporate group is represented in Warsaw, Poznan, Malaszewicz, and Gdansk. There are also AsstrA customs agencies in Kuznica, Koroszczyn and Bialystok. Here we discuss team building with the managers of our largest Polish offices.

Janusz Bulinski, Gdansk Branch Manager, joined the company in 2016 as a Heavy Freight Forwarder.  He learned about AsstrA a long time ago during joint logistics projects he was involved in as an employee of another company. At a meeting, he and CEO Dmitry Lagun discussed AsstrA’s prospects for opening a location at a Polish port. After successful talks, he ended up in Gdansk as a member of the AsstrA team. Initially impressed by AsstrA’s people and their strong teamwork and internal communications, he regrets that the is temporarily unable to meet face-to-face with colleagues from other offices due to the global health situation. 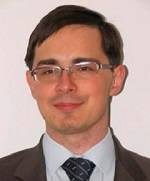 “When managing a team and a branch, it is important to strive for development and success. Later, market knowledge, the ability to hire well, and people management all become more important. The Gdansk team is 100% Polish. We understand the local market, mentality, and communication styles,” shares Janusz Bulinski.

Warsaw Branch Manager Olga Kiziuta started her career in the company in 2008 as a Freight Forwarder. When recruiting personnel, she considers work experience, foreign language competencies, and how well a candidate's personal qualities match the company’s culture and values. 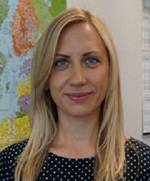 “I recently began my role as branch manager. I think, however, that anyone in a management position values these qualities:

Przemyslaw Boronski, Poznan Branch Manager and Head of the Oversized Transport Department, joined the AsstrA team in 2006 from a partner transport company. Therefore, he had not only worked with the Swiss brand but also had personal acquantainces with the AsstrA team members from Brest and Kiev. He believes the distinctive qualities of a leader include a sense of the market as well as a willingness to compromise and negotiate. 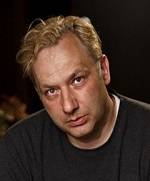 “You can judge a good leader by his or her team’s attitude – it should be success-oriented and optimistic with regards to every day life,” says Przemyslaw Boronski. “In Poznan, we have mostly Poles on the team. But in fact it’s not really about nationality or language. It’s about successfully getting the job done. Our department does specifialized work, and mistakes will lead to financial disasters."