In August 2020, the AsstrA Heavy Lift Department successfully completed a transportation project involving bulky cargo from Norrköping in Sweden to the Novy Port roadstead in Russia. The shipment, implemented for a fuel and energy conglomerate’s largest enterprise, followed the Russia’s Northern Sea Route. During the project, AsstrA specialists supervised the shipment, unloading, and reloading of two sets of gas turbine units weighing over 300 tons in total. The team also handled the preparation of all relevant documentation.

Preparations for the shipment took a month and a half. During this time, the cargo was thoroughly inspected, a crane vessel was chartered in advance, and additional cargo handling equipment was purchased. The cargo’s journey lasted 25 days. 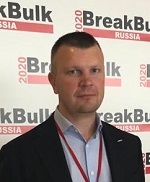 "One unique aspect of this project was that the carrier ship was flying the Russian flag for the first time. That meant that in addition to the standard cargo registration procedures, the ship itself needed import customs clearance when crossing the border," says Egor Lokhovinin, an expert in the Heavy Lift Department at AsstrA. "Thanks to the coordinated teamwork of the ship owner, the customer, and the AsstrA Heavy Lift team, these operations took only one business day to complete."

While the ship was en route, the team prepared to receive the cargo at the point of arrival and transfer it to the recipient's vehicles. They developed a step-by-step action plan, oversaw the organization of barge-towing vessels, and coordinated the timing and location of transshipment operations. The detailed preparation made it possible to start unloading immediately upon the vessel’s arrival at the Novy Port roadstead and complete the entire process in 4 calendar days. After that, the gas turbine units were moved to berths on the barge-towers and subsequently reloaded onto the recipient's vehicles using floating cranes.

The 96-ton gas turbines in this project set a new record for the heaviest items ever shipped by the team. As in 2019, gas turbines are the team’s most commonly shipped items so far in 2020. The teams largest overall project so far this year has been the delivery of equipment via awning trawl from Germany to Ukraine that required 353 trips.

The AsstrA-Associated Traffic AG corporate group formed its Heavy Lift Division in 2013. The division's turnover for the first 8 months of 2020 amounted to 7 million euros.