Football, like international business, is a team sport. Both athletic team members and employees of global corporations work together to achieve results. Clearly defined roles and the ability to cover for a colleague when necessary ensure that things get done right. The group effort makes it possible to accomplish things that would no one person could handle alone. The sport of football, whether amateur and professional, thus embodies the character of AsstrA employees.

Alfredo Zenobio, an AsstrA Industrial Projects Logistics Specialist, touched a soccer ball for the first time at age six. The aspiring footballer played on the Grasshoppers Club Zurich’s junior team. After that, he played for the Baden club and won the Swiss 2nd division league title. At the age of 19 he went abroad, where he was played in the first division for the Houston Dynamos in Texas, USA, and Deportivo Saprissa in Costa Rica. He continued his career in England in the third division for the Doncaster Rovers and in the Premier League for the Queens Park Rangers. The pinnacle of his success was a victory in the Series B championship with the Italian club Lecce in 1984. 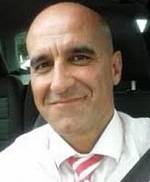 «From time to time, I also play amateur football. My favorite team is Juventus, which I have been loyal to for many years,” says Alfredo Zenobio. “Playing football at this level was a very masculine endeavor. You need to stay focused on action, instantly reflect and make decisions, and always keep fighting without giving up. Believe in yourself, even if you can't achieve your goal the first time around. Stay calm and persistent. Fear disappears when you play in front of thousands of people, and you are not scared of anyting or anyone».

Bogdan Kuzmenko, an Operational Officer in the French Division, began playing football professionally at the age of 8 in the Dnipro-80 sports school in the Ukrainian city of Cherkassy. He played in muncipal, regional, and national competitions. His team played in the U-15, U-16, and U-17 junior leagues of Ukraine’s Higher League. 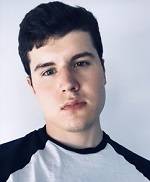 «I recall with pride how I repeatedly won prizes in prestigious championships. In 2011 we won the Ukrainian Cup in mini-futbol U-14, where I was recognized as the best forward. In Warsaw, I joined the Warsaw U-19 Football Academy and have enjoyed playing with colleagues and friends. I follow the matches of Manchester United, Real Madrid, and Juventus. I support the Ukrainian team during international championships.

I believe that there are no random success stories in professional sports. Winning takes hard work that builds strengths and character. But also, in football you experience pleasure and joy from the moments and experiences you live,” shares Bogdan Kuzmenko. “Football is also a team sport. In our profession, it is important to be able to work as a team, make bold decisions, and find a common language. The main things for a team are its spirit, purpose, and work ethic. ». 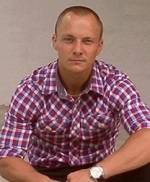 «I started playing sports as a child. As I improved, I had a dream to play for Spartak Moscow, but it didn't happen. Now I train with amateur teams,” says Denis Shushkevich. “Sport strengthens a winner’s mentality and develops courage and stamina. The field of logistics is like a football competition: the winner is the one who is most ready to win».

Regional Manager for Belarus Oleg Bykov came to AsstrA when football when there were three company teams. The competition was exciting and emotional. 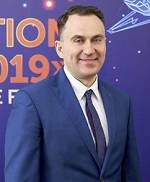 «After 17 years of playing, I finished my sports career for health reasons. Now I play only at the company’s summer event,” says Oleg Bykov. “During this time, I have developed a strong ‘feeling of fellowship’ that comes with going on the attack and knowing that your colleague will lay out an excellent assist. All you have to do is flip your foot and put the ball into the goal. Just like at work, success depends on support and trust among the team».

Viacheslav Tureiko, Regional Director for the United States, was signed up to his first football team by his older brother. He played for FSM Smena, which is now a football academy of FC Minsk. Due to an injury he rarely plays now, but he tries not to miss the matches of his two favorite teams: Dynamo Minsk and Manchester United. 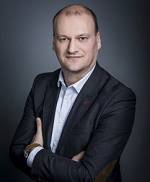 «No matter how strong you are as an individual footballer, if the team doesn’t accept you as one of its own, you will never achieve anything. They simply will not pass you the ball and you will rarely be included in team play. Therefore in football your personal qualities, team spirit, and focus on the overall result are important. Your individual ambitions and achievements fade into the background, because the main thing is the team's victory in each specific match and championship», – comments Viacheslav Tureiko.

Project Logistics Manager Colin Bagwell began playing football at the age of 6. He looked forward to a new jersey, boots or soccer ball at every Christmas and birthday. 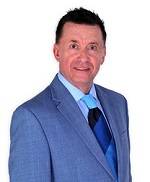 «Colin Bagwell began playing football at the age of 6. In 1975 the team won a trophy in the All-England County Competition, which was an outstanding achievement. From ages 12 to 16 I represented Southend United, and later West Ham United. I also played for Brentwood FC semi-professional club,” recalls Colin Bagwell. “When I watch football, the desire and temptation to play is still there. In England, I playing competitive football until I was 50, but I don't play anymore. Recently, I enjoyed coaching my youngest daughter's football team in the United States.

My footballing past is definitely reflected in my work. It feels like watching my favorite team: indescribable emotions from both victory and defeat. Sports provides the passion and desire to be successful. When it comes to working in the project logistics arena, successful results depend on a solid work ethic but most importantly a strong team spirit».