AsstrA Hockey Players Share Their Love for the Game

Everyday life in the 21st century moves fast. Success almost always requires a basic understanding of self-organization and time management. However, this approach to life can affect one’s health, cause various types of stress, or even lead to chronic depression, insomnia or mental disorders.

Physical activity is an effective way to cope with the fast pace of modern life. Hockey has turned out to be a popular physical pastime among the AsstrA-Associated Traffic AG corporate group team. Every amateur hockey player has his own story, but the goal is always the same - health and positive emotions.

Sales Specialist Soslan Dzugkoev’s parents introduced him to hockey when he was a child. The sport has been popular since Soviet times. 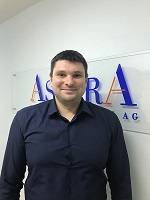 “I played professionally until I was 21. My first trip abroad to play took place in 1995. There was a tournament in Finland. As time went on, I attended some camps and tasted both victory and defeat. For the last 5 years, I have been playing with the Moscow Phoenix in the RTHL amateur league.”

The spirit of hockey captivates and unites a team’s players. Team workouts strengthen both their bodies and cameraderie. Yurij Benediktovich, a Driver at AsstrA-Associated Traffic AG, describes how he got back into sports after some time off: 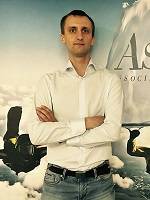 «At the company’s summer offsite in Lithuania, my colleague invited me to join an amateur hockey team. After a couple of months of indecision, I finally got out onto the ice. Now I look forward to every workout. When I was a kid, I loved football basketball but never learned to skate. Finally at the age of 25 I started "slipping around," and I'm incredibly happy about it. Hockey is great for one’s health and good spirits!” 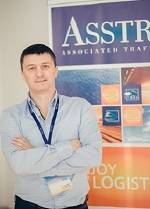 “I took up figure skating when I was 6. A year later, I stood out among my group of 40. When they found out that I was only 7 years old, my trainers said that I was unusually good for my age and suggested that my parents send me to the Yunost hockey school. I then had an on-again, off-again relationship with professional hockey that ended when I was 30. However, life without hockey seemed boring, and when I was 37 I resumed playing in the night league, where I played for 5 more years.

During my life as a hockey player, my team and I traveled all over the Soviet Union and part of Europe. I participated in the World Youth Championship. Hockey is a man’s game in which injuries can and do happen. When I was playing, I suffered a broken arm and now I have 16 scars on my face. It doesn’t matter – scars look good on men. Nothing compares to the joy of victory and team spirit I experienced!”

Hockey is an expensive sport. As it is known, the price of brand-name skates starts at $250. A good stick costs between $70- $90. Top-of-the-line professional equipment is even more expensive. Therefore, getting started takes a substantial initial investment. Roman Ebzeev, Internet Marketing Specialist at AsstrA, shares some memorable moments from his history with hockey: 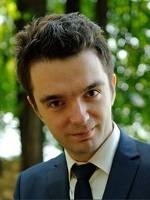 “Since I was a child, I loved hockey and was fond of watching NHL matches even late at night. I was a great fan of the Belarusian national ice hockey team. In the 7th grade I met Ruslan Salei, Belarusian hockey’s biggest star. I asked for his autograph but, as luck would have it, neither he nor I had a piece of paper. In my wallet there was a $ 5 bill, which at that time was a significant amount for a teenager. At first Ruslan refused to autograph the money, but after persuasion he finally agreed. This is a memory of a lifetime.

It's never too late to start. I started playing hockey at the age of 29, when I had a desire to learn how to skate etc. It was not a decision to take lightly, as the equipment is not cheap. The evening trainings take place on average 2 times a week. I play on a team with my father, who is now 58 years old. He is one of the best defenders on the team and plays to win! The regular trainings are an excellent break from everyday office life. And of course it is a chance to spend time with my father.”

Sports are a proven way to combine work and play and be mentally present to overcome the challenge at hand. They help develop persistence, willpower, discipline, and focus on results. They bring teams together and help each participant be productive and resilient when facing stress.