The AsstrA-Associated Traffic AG international logistics corporate group summed up the results of its global operations during the first six months of 2020.

From January to June 2020, the corporate group’s team completed 82 thousand international shipment orders, 7% more than during those months in 2019. The weight of cargo transported during this time in 2020 exceeded 2 million tons, which is also 7% more than in the first half of 2019.

The AsstrA corporate group’s client portfolio grew by 172 companies during the first six months of 2020. Most new partners operate in the fertilizer industry (+57%), as well as in the pharmaceutical (+47%) and engineering (+32%) industries.

The AsstrA Trade logistics outsourcing division showed a record increase in the number of transactions, which were up 166%. There was also an increase in demand for bulk cargo transportation (+55%) and customs services (+31%).

This year, the group's divisions in new York, Tashkent, Budapest and London started operating. Today, the AsstrA-Associated Traffic AG network includes 40 branches in the CIS, Europe, Asia and the USA with a combined team of over 1,100 people. 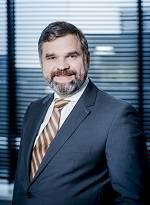 "The coronavirus pandemic forced us to learn to work in a new way and take a different perspective on our strategy of long-term partnership with customers and suppliers. Thanks to our proactive, constructive approach, the company managed to achieve results for the first half of 2020 no worse than last year’s levels. In June and July, there was an even an upward grpwth trend,”  said Dmitry Lagun, AsstrA-Associated Traffic AG General Director. “It is important to hustle and never give up. It is necessary to remember that crisis situations also create opportunities; you just need to stay flexible and quickly adapt to changes. Instead of reducing staff and cutting costs, we are developing further. And these are not just words – despite a challenging start to 2020, we are expanding our geographical presence. Four new offices started operating in the first 6 months of this year. And we plan to open several more before the end of the year."

Editor’s Blog: Three tiers of uncertainty for foodservice and wholesale…