AsstrA Looks Ahead to a Swift Recovery in European Logistics

The spread of the coronavirus pandemic has triggered the worst economic downurn in Europe in 10 years. During the first quarter of 2020, aggregate GDP in 19 European countries fell 3.8% year-on-year. According to the European Union’s Eurostat statistical office, in the 27 EU countries the economy contracted by 3.5%. Coronavirus-related restrictions – including those placed directly on the logistics industry – imposed by the European Union affected the overall state of the freight market. Starting in March, urgent quarantine measures hurt transport links between EU countries. From the beginning of June, the situation gradually began to stabilize.

On July 7, 2020, the European Union published its summer economic forecasts. The report says the eurozone economy will contract this year and recovery will take longer than previously predicted. The second quarter brought serious economic losses as countries began to implement strict measures to combat the epidemic in mid-March. However, May and June indicators showed that the worst stage has passed and in the second half of the year the economy began showing signs of recovery. 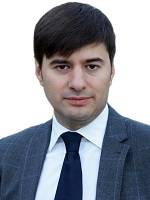 “The EU economy, including the cargo transportation industry, is currently experiencing the negative consequences of quarantine measures. Decreases in international trade, slower delivery times due to border inspections, and more bankruptcies all point to lower profitability in the logistics services sector,” says Andrzej Iwanow-Kolakowski, EU Regional Director at AsstrA.

According to a review of the AsstrA corporate group’s performance from March to June 2020, the number of the group’s cargo shipments within the EU increased by 8% compared to the same period in 2019. The company's analysts attribute this increase to the well-coordinated work of the company’s European offices, the effective identification of meaningful solutions, and the wise selection of alternative forms of transport.

Despite the serious challenges, AsstrA continues to stay in constant contact with clients and partners. The company is fully operational and is completing all orders as per contractual terms.

“Through adaptation to the new circumstances, the transport and logistics industry will be able to quickly “recover” after the crisis. Future intra-European cargo transportation volumes will  depend on the further development of the EU economy. We are monitoring it closely and will respond instantly,” adds Andrzej Iwanow-Kolakowski.