Spanish and French Economies Begin to Recover from Lockdown

Spain and France are among the European countries most affected by the COVID-19 pandemic. The countries’ governments imposed strict quarantines at the end of March 2020, and residents spent 7 weeks at home. National leaders eased the self-isolation regime in early May.

Here we find out how the pandemic affected the freight markets of the largest Western European countries from AsstrA country managers in the regions. 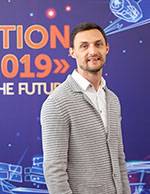 “As could be predicted, the introduction of strict quarantines and the closure of a number of enterprises led to lower traffic volume. Over the course of 7 weeks, the market reversed. In “pre-quarantine” reality, the Spanish and French economies relied mainly on imported goods. During the pandemic, imports declined significantly. Exporting enterprises, especially manufacturers of essential goods of those of strategic importance, continued to operate. Some have increased turnover.

The change provoked a shortage of transportation opportunities on popular routes. For example, Poland, a major exporter of furniture, has scaled back production. This led to a decrease in traffic loads on the Poland-France and Poland-Spain trade lanes. After the severe restrictions were removed, purchasing power is coming back to life. Typical traffic patterns are also being restored,” says Artur Antonin, Spanish Region Country Manager at AsstrA.

France and Spain began phasing out lockdown measures on May 11. Spain further loosened restrictions on May 25, and France followed suit on June 2. Parks, restaurants, educational institutions, and shops are gradually reopening. By the end of June, the governments of both states plan to restore free movement within their respective borders. 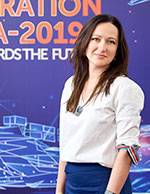 “During the lockdown, the market was restructured. The highly developed French automotive, retail, textile, and beauty industries have reduced capacity or suspended operations altogether.

The agricultural sector also suffered significantly. Spring is the time of field work, but this year the pandemic forced adjustments. Deliveries of agricultural machinery traditionally scheduled for this time of the year were realized in much smaller volumes.

AsstrA's client portfolio in the region includes companies from various industries. In some of them, like chemicals, pharmaceuticals, and paper products, we actually experienced growth. Thanks to diversification, the total volume of our orders changed only slightly,” says Natalia Iwanowa-Kolakowska, AsstrA Deputy Director of EU Region Countries and France Region Country Manager.

Quarantine has affected all areas of life. People work from home instead of the office, there are online classes for schoolchildren and students, trainings and workshops on YouTube, virtual museum tours, and birthdays shared with friends on social networks. Ways to communicate with customers have also changed. Flying for a face-to-face meeting has been replaced by opening Zoom for an online conference.

“Recent events have forced us to analyze familiar behavioral patterns. It turned out that discussions via computer screens and phones can be as productive as “live” meetings. Communicating exclusively online significantly saves time and financial resources and even reduces carbon footprints. It became obvious that some old habits can already be left behind without hurting business,” summarizes Natalia Iwanowa-Kolakowska.