The services sector is key to the entire UK economy, as it accounts for ¾ of the country’s GDP. The economy of the United Kingdom ranks 10th in the world in terms of GDP per capita at purchasing power parity.

The British financial sector accounts for 27.7% of the country’s GDP and distinguishes the UK’s position in international trade. The UK exports 10% of the world’s global banking, insurance, consulting, and computer programming services.

In May 2020, AsstrA-Associated Traffic AG opened a representative office in London, the capital of Great Britain. 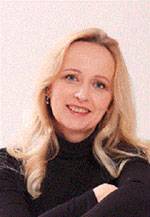 «Our British office’s primary activities include developing project logistics capabilities and strengthening our operations supporting industrial project management. We organize project shipments sent all over the world. Many of our customers in this sector are headquartered in the UK.

The opening of our representative office in London will facilitate communication in organizing transportation. Now the team has the opportunity to discuss projects face-to-face with British companies without crossing the English Channel. AsstrA is getting closer to local clients for whom the presence of a logistics partner in their home country is important,” says Anna Smirnova, Head of AsstrA Industrial Project Logistics in the UK.

London accounts for one fifth of the country's economy. The British capital is classified as a global Alpha++ city according to the World Urban Research Network. There are 2 Alpha++ cities in the world: London and New York. These cities are integrated into the global economy and have a political, economic, and cultural impact on most regions of the Earth. A large number of international trading companies with tremendous net capital are registered in London. 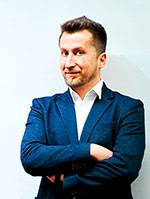 The main goal of expanding the network of AsstrA branches is to be closer to clients.. To implement their ambitious growth plans, our clients need a reliable logistic partner. Project logistics includes the organization of transportation of specialized and oversized cargo within tight time frames along complex routes. Our London office joins the AsstrA Industrial Project Logistics teams in Italy and New York, the other Alpha++ city. Professional experience and knowledge are the keys to the success of the AsstrA team,” adds Andrej Abramov, Deputy CEO for Project Logistics at AsstrA.

On January 1, 2021, Great Britain will officially withdraw from the European Union. For the transport and logistics industry, this means a number of changes in the procedures for organizing transportation and customs clearance of goods. Experts from AsstrA’s London representative office and other European branches continue to monitor legal updates in order to promptly adapt logistics offerings to changing conditions.