International transportation and logistics operator AsstrA-Associated Traffic AG is a fast developing group of companies. Each year the company enters new markets to get closer to its Clients. In 2020 we’re coming to Hungary. Jó reggelt!

With about 10 million residents, Hungary is a medium-sized European Union member state. Hungary’s high-income mixed economy ranks 10 on the Economic Complexity Index. With a very high human development index and a skilled labor force, Hungary has the 13th lowest income inequality in the world. The Hungarian economy is the 57th-largest economy in the world and has the 49th highest GDP per capita in terms of purchasing power parity. Hungary has the world’s 35th largest export economy and depends heavily on foreign trade.

Hungary is the largest electronics producer in Central and Eastern Europe. Electronics manufacturing and research are among the main drivers of innovation and economic growth in the country. In the past 20 years, Hungary has also grown into a major center for mobile technology, information security, and related hardware research. 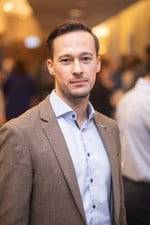 “Today we already have significant sales volume on the Hungarian market from the food, hi-tech, and chemical industries. Hungary is a very interesting and attractive market. It is a growing economy.

There are lots of international companies operating in the machinery, automotive, chemical, metal industries. AsstrA is very interested in the Hungarian market. Opening a new office there we help us be closer to our Hungarian Clients and serve them in their language. AsstrA Partners will receive a lot of new development possibilities. I am quite certain that we can increase our sales volume on the Hungarian market. AsstrA already has a portfolio of local suppliers that we plan to extend further,” points out Fedor Pakush, Deputy S&M Director for Focus Countries at AsstrA.

“Our Budapest office will provide strong support for the whole AsstrA Group. We are ready to provide road service to Western and Eastern European countries, which is a great benefit to our Clients.

Also, based on our expertise in the CIS region, we want to connect Hungarian businesses with the countries to their east. We plan to develop the New Silk Road between China and Hungary,” adds Fedor Pakush.

Budapest is the financial and business capital of Hungary. It is a significant economic hub classified as an alpha city by the Globalization and World Cities Research Network. It is the second fastest developing urban economy in Europe.

At the national level, Budapest is Hungary’s primary business city and accounts for 39% of its national income. The city had a gross metropolitan product of more than $100 billion in 2015, making it one of the largest regional economies in the European Union. 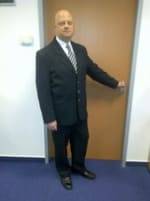 “AsstrA’s local setup will provide a better serve to our Clients and Suppliers on the Hungarian market. Hungary has a good geographical location, so our Budapest team will also support the development of our offices in neighboring cities Bucharest and Prague. To Serbia‚ Croatia and other Balkan countries, we can also provide improved logistic services like rail freight from China or road freight from Western Europe. New Hungarian office means new possibilities for AsstrA corporate Clients”, adds Botond Kovacs-Mate, Branch and Country Manager of the Hungarian Region at AsstrA.