In cargo transportation, there are four “whale” modes: road, air, sea and rail. Which whale is the biggest and most reliable? To answer, we have prepared a series of interviews on intra-European transport. In the first installment, we discuss railway deliveries with Eva Trohimyuk, Head of the European Rail Department at logistics company AsstrA-Associated Traffic AG.

- Eva, how would you characterize current intra-European railway market conditions? 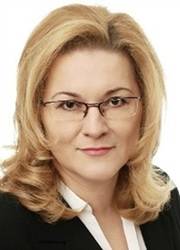 In the EU as of 2019, rail transport is still not as popular as road transport. Despite positive trends, the volume has not reached the same levels as in pre-crisis 2009.

Note that there are local growth trends. Rail transport is very popular – 70% higher than the EU average – in Northwestern Europe, including England, Austria, Denmark, Germany, and Belgium

In Poland, the rail transport market is deregulated with more than 70 private carriers constituting just less than half of the market with the state owning the rest. Therefore, public sector support is not a deciding factor and while there is growth, it is unstable.

2018 was extremely successful for the Polish State Railways (PKP). But in May 2019 the volume of freight fell by 6%. Polish logistics players had high expectations for container trains from China. But the increased demand loudly anticipated by the government and media has yet to materialize. Even so, there is healthy demand for railway transport. There are queues for fitting platforms and tanks and other special-purpose wagons are already booked for months ahead.

Poland is currently investing in the largest railway development project in Europe. Over the next 10-12 years, 100 billion zlotys (over 23 billion euros) will be invested in the Polish railway sector. This money will come from both the state budget and European funds. Already today, 66 billion zlotys have been allocated for this investment, of which 40 billion are from the EU.

A network of rail connections is being built that will facilitate the movement of goods between the West and the East and between North and South. PKP wants to connect the Baltic Sea with the Adriatic and the Black Seas, and has signed a corresponding agreement with the Italian, Lithuanian rail services as well as those of the other Visegrad countries, i.e. the Czech Republic, Slovakia, and Hungary. Representatives of PKP Cargo, Lithuanian Railways (LG) and the Italian state railway system Mercitalia believe that thanks to this cooperation they will support a boom in the transport of goods between North and South Europe. This is a strategic project that fits in with the "Three Seas Initiative" linking the territory between the Baltic, Black and Adriatic Seas. The number of rail shipments has been growing over the past few years, as evidenced by the growing number of multimodal shipments in Poland and Europe. So this trend will continue to grow as more and more goods will be transported by container trains between Europe and Asia.

In the long term, rail transport will continue developing, albeit slowly. After all, this type of transport is still cheaper than any other over long distances of more than 300 km. Additionally, in Europe there is much attention paid to the environmental impact of transport. And the railway offers an unmatched combination of reliable scheduling, speed, and environmental friendliness.

Which companies benefit the most from railway transportation within Europe? Do you see a clear preference for rail shipping for certain types of cargo?

Railways can accommodate almost every type of a product. But the “typical railway client” is shipping industrial or agricultural raw materials, i.e. heavy bulk cargo that needs to be transported over a long distance. Coal, oil, natural gas, metals, grain, building materials, and chemical products are common examples. If 1 wagon delivers 60 tons of such goods at a time, then for the transportation of the same amount via road you would need 3 trucks. Trains in Europe transport 1,500 tons of cargo at a time. A container train has 42 containers of 40 feet each. In terms of capacity, the rail advantage is indisputable.

In addition, rail is a suitable option for customers budgeting deliveries far in advance. The European Union depends on oil imports from third countries which have a significant impact on road rates throughout the year. Most trains are electric and have rates set annually and otherwise revised only in exceptional cases. Additional advantages of rail include regular scheduling regardless of weather and unsurpassed safety.

But along with rail’s advantages come certain disadvantages. Not every enterprise has a warehouse or facility with direct rail access and therefore often the first and last mile transport is handled with trucks. Overloading increases transportation time and costs.

What are the prospects for this delivery mode?

In Europe, railways are recognized as a key energy savings tool to solve problems associated with growing economies, traffic congestion, and CO2 emissions. The EU’s goal is for 2030 is to be transporting 30% of its economy’s goods by rail. Therefore, multimillion-euro investments are being made into terminal complexes, traffic modernization initiatives, and related subsidies.

For example, the German authorities will provide state support to railway operators. There is a plan to reduce the cost of railway access by more than 45% to encourage shippers to choose rail over road.

In Switzerland, freight train operators already receive discounts of up to 40% in rail fee as well as discounts for night trains. Also, Swiss truck drivers pay an additional fee included in fuel costs to further put rail and road on a level playing field.

Poland has allocated EU funds for the rehabilitation of railways, infrastructure development, and the construction of intermodal terminals.

The railway market is changing. This is noticeable if you look at rail shipping options: platforms with containers, gondola cars, and cisterns with ever fewer covered wagons. There is a trend towards the containerization of goods, which significantly reduces costs, time and simplifies handling. Containerization holds great potential for railways.

An alternative to containers in Europe is container-rail transport, i.e. when long-distance trucks or trailers are transported by rail on railway platforms. This method is popular in Europe, especially on transalpine EU routes. This year, the construction of a contrainer terminal began in Malaszewice that will be will be linked to a similar terminal in Moscow in the future.

In countries where the share of intermodal transportation by rail is already significant, the volumes of cargo transported and rail’s share of the transport market are either stable or increasing, e.g. in Austria, Portugal, Netherlands, and Germany. Switzerland, which boasts the highest percentage of freight transported by rail in Europe (37.4%) also has the highest percentage of “intermodality” involving trains - more than 70%. In Germany it is 38% and in Austria and Portugal it is 30% each.

How are logistics companies involved in these global changes?

Modern logistics management systems mix all four modes of transport to automatically create combined supply chains. Therefore, intermodality has already become one of the features of the modern logistics business at AsstrA. It is no longer enough to offer clients either truck or air delivery. In addition, AsstrA is contributing to the EU railway sector’s growth through direct agreements with lines and terminals. We are also working on a project involving our own high-speed trains. Rail shipping is a promising option in the intra-European transport market.