The first project lasted from March to May 2018 and was completed in several stages. All deliveries were door-to-door, having been shipped from various Russian sites of heavy lift engineering specialist Mammoet Rus to Gazprom’s Amur Gas Processing Plant (GPP). The total weight of all transported cargoes was more than 4,000 tons. At every stage, both road and rail transport was involved. In total, there were 75 shipments carried out during the project.

In the first project stage, AsstrA transported crane counterweights as wella as wooden and metal mats from Omsk. The equipment was delivered by road to the Kombinatskaya railway station. There it was placed in 22 gondola cars and sent to the Blagoveshchensk station and on to Mammoet Rus warehouse at the Amur GPP in open cars.

As part of the third stage of the project, AsstrA shipped 8 four-axle and 16 six-axle self-propelled modular transporters from Moscow. AsstrA specialists shipped the cargo in trucks to the Lyubertsy-1 station and then in 10 cars to the Blagoveshchensk station, where the equipment was again loaded into wagons and taken to the Amur GPP. 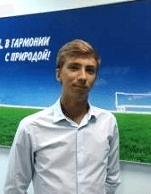 "The client’s main requirement was the need for additional packaging for self-propelled conveyors. But during the first project stage, we were faced with the fact that Russian Railways policies did not allow the goods to be covered. Our experts proposed heat-shrink film as a potential solution. The fastening scheme was developed specifically for this cargo and agreed with Mammoet Russia engineers. The solution was also successfully applied in the second project. The equipment was securely fixed in the car,” said Sergey Sokolov, AsstrA Sales Specialist.  “Along the entire route, the cargo was guarded by the Railway Transport Protection Department."

The second project involved the transportation of oversized and heavy crane parts from Tobolsk to Kemerovo. It lasted from July to early August 2018. Within the framework of the project, AsstrA transported the following parts of the Mammoet crane model SS6800: base, two tracks, oversized rotating part of the oversized H-0010 frame. The total weight of all cargoes was 240 tons.

At the Tobolsk station, the equipment was loaded onto four universal platforms for delivery to the Sudzhenka station near Kemerovo. The loading schemes were previously agreed with Russian Railways, and the cargo was packed in heat-shrink film.

"Non-standard projects of this kind are always of special interest for our team of experts – it was a new challenge and a new experience. We are grateful for being able to work with our key client Mammoet Rus and are ready to execute even more such large-scale transport projects," said Sergey Sokolov.