To the country of the great wall with AsstrA

Rail shipping plays an increasingly important role in the development of strategically important China-Europe-China transport involving the Belt and Road Initiative. While in the past shippers chose low-cost sea transport for 90% of their projects, today the railways are rapidly emerging as the most popular choice. On the characteristics and development prospects of Chinese rail transport we talked with China Country Head at AsstrA-Associated Traffic AG Dmitry Pokhodenko:

According to Belarussian Railways, the number of transit trains that passed from China to Europe via Belarus in 2017 increased by 60% compared to 2016. Dmitry, what influenced this growth in rail transportation? 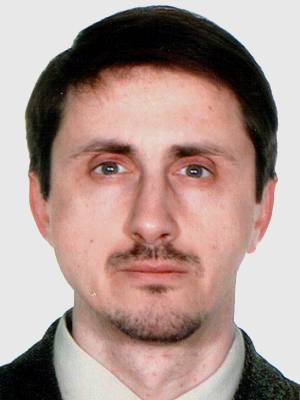 The main reason is that the development of land routes on the Silk Road is a Chinese state initiative, which means a lot within the framework of China's planned economic model. It has led to the rapid creation of missing transport and logistics facilities, subsidies for railway operators working in Europe, and even investments in the development of rail infrastructure of other countries participating in the initiative such as, for example, Russia, Kazakhstan, Belarus, and Poland. According to the plans of the State Council of China by 2020, more than 5,000 trains should run between China and Europe every year. And local authorities are doing their best to achieve these goals. More stations are launching train routes to Europe and the CIS, and regular service has already been established to more than 35 cities in 12 countries.

It must be clearly understood that the New Silk Road is a Chinese initiative and is supported, in the first place, by China. It is very unlikely that without Chinese subsidies and cargoes rail freight between China-Europe would be developing at such a pace as now.

In other words, are you now "catching a wave" and making the railway as attractive as the sea for customers?

Rail freight involves many variables. It is necessary to understand what kind of transportation is involved here: single container, wagon shipments, or express train delivery. Destinations and cargo types are the decisive factors here.

When containers are used, there is an established and stable transportation process. For the Client, prices and terms are optimal compared to the sea. Freight is usually transported in 40 ' containers and sometimes in 20' containers. At least two 20' containers must be used at a time. This way you can transport almost any cargo. For temperature-sensitive goods, it is possible to use refrigerated containers equipped with one or more diesel generators. If the container is equipped with an individual generator, it is possible to transport the goods in that one container. If the generators are on a diesel-powered wagon, however, then at least 6 containers are required to be sent. Such scenarios can be challenging, however, because very few operators can guarantee that they will pick up cargo for 6 containers at once.

In addition to full containers, we also transport partial loads. Neither ADR cargoes nor goods with integral parts classed as dangerous in any category – for example, lithium batteries –  are accepted. This prohibition is due to the risk of fire and explosions at stations during loading, waiting for the shipment, or processing rolling stock.

The wagons go along two main routes: the Northern route (via Zabaikalsk) and the Southern route (through Kazakhstan). Carriage to Europe, in my opinion, does not justify itself. Carriages can be transported to Kazakhstan and Central Asia, to the Urals, or to the Moscow region.

Why are these trains considered faster than usual? Depending on the departure and destination stations, delivery times are between 12 – 16 days as on the Chenzhou - Malaszewicze / Hamburg / Warsaw routes, for example. Importantly, an express train arrives within a given country, so we do not waste time dealing with the cargo at a port.

However, we should remember that all Chinese express train origin stations have different timetables and price ranges even when serving the same destination. These differences precisely illustrate the "Chinese character" of business with no one set price. Services from different sellers can vary up to 150% in price.

So, express trains beat containers and wagons and are therefore the perfect solution?

Express trains are not an ideal option for everyone. This service is more expensive than sea transport but cheaper than air freight. It appears to be ideal for customers wanting a certain return on capital and who cannot afford downtime or a long delivery time.

Imagine a situation when you need to import a batch of the latest iPhone models for the Christmas holidays. If your last stock has been sold out and your competitor’s cargo is still being delivered by sea, missing even one day of sales is a very profitable opportunity wasted.  In the retail busines, money must work constantly. We help our Clients by offering various shipping schemes. When you need it cheaper than by air and faster than by sea, express freight strikes a good balance.

How to Choose a Good Logistics Partner

The AsstrA Team’s Tips for Working at Home